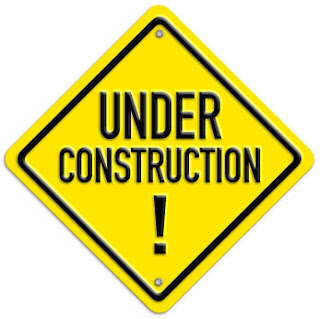 It was a day where I missed not one appointment, but two.

A day in which, upon waking, I had no knowledge of the whereabouts of my cell phone, debit card, or credit card.

No, my purse had not been stolen. I had individually misplaced all of these items...over the course of several days.

It was a day in which I was feeling a little unglued...mostly because of the missing items and the missed appointments...partially because I was fearing what this meant for me as a person, what it meant for my ability to ever be successful in ways I'd like to be; as a mother, a writer, a wife, a housekeeper, a daughter of God with gifts worth offering.

I'm not even going to ask if any of you have days like this...I think I'm afraid to know the answer.

The debit card showed up on the top, wire shelf in my closet. Just laying there, lonely and out in the open...it was a completely random act of luck (or more likely God since I was praying for some help in getting my life together!) that I even found it. I actually had joked with my mother in law that I don't even look intentionally for these things when I lose them because I would spend hours looking with no success, only to find the item several days later in a spot I would have never guessed it would be found.

This happens WAY more often than I'd like to admit.

Since that is the shelf where my jeans are kept I assume I had put it in the pocket of a pair of jeans after a purchase and had forgotten to put it back in my wallet...fortunately for me it slipped out of the pocket and onto the shelf where I could find it, retrieve it and return it to it's rightful home before the debit card police (aka: husband) had to take matters into their own hands.

The credit card showed up in an odd pocket in my wallet while I was at the grocery store digging around for my missing bonus card.

My mother in law found my cell phone in the drawer of a table in our living room. I never put my things in that drawer!

After she found the phone and I turned it on I listened to two messages....

One was the reminder call for Ella's 3 year well visit at the doctor's office. The message was left on Friday about her appointment at 1 on Monday.

Can you guess what the second message was...

That would be the call that said I had been charged $25 for a missed doctor's appointment ...That's right. Ella's well visit that I had scheduled 8 months prior and had completely forgotten about because the reminder phone call and message were left on my lost cell phone.

Later that day the psychologist I've been seeing called. He wanted to know where I was, we had an appointment scheduled.

In my defense I had called the phone number on his business card on Sunday evening to say I wasn't going to make it... He never got the message-- which I'm confused about since I did call... unless I somehow dialed the wrong number...

In the 3 or 4 times we've met he's pretty much told me that I don't have anxiety problems...That I'm simply a normal, overwhelmed mother, which at first made made me feel better and then little silly and self conscious about going to see him in the first place...

Maybe he should read this blog post and reassess.

So imagine my surprise when, upon walking in the door and sorting through the mail on Monday afternoon after all of this had happened, I found a brown paper package from a publishing company.

A book? I wondered.

I hadn't ordered anything...

I opened it up and pulled out a book titled, of all things, "You're Already Amazing: Embracing Who You Are, Becoming All God Created You to Be" by Holly Gerth.

Where in the world did this come from and why did it come to me?

Come to find out I had filled out my contact information on a form that said I would like to review the book at a writing conference I attended in the fall. I had completely forgotten about the form, the book, the reviewing...all of it.

Ironic the book should arrive on this day...

I decided God had a message for me that day...(This was all just this past Monday if you must know)...I am amazing  (because I'm created by an amazing God) and  I have a few things to work on in order to reach my full potential...

You are amazing and you have some work to do.


I suppose that is a message I can live with. It's a lot better than what I would have come to on my own...that I'll never get over my bad habits, I'll never find a way to be organized, I'll always lose my credit cards and phones, and car keys and earrings and post it notes and appointments and...alright I'll stop there.

While I haven't read the book (obviously...it just arrived 2 days ago!), I flipped through for a nugget of encouragement since the title was so catchy and so appropriate for the kind of day I was having. This is what I found:


"Our hearts pull us toward home (heaven) as they whisper, "You were made for more than this," and yet we're also made for this moment. Out of all of history, God chose this time for you to be on earth. He knew the exact second you would enter this world with a cry and change it forever..

In between the laundry, the endless trips to the office, the mundane parts of being human , we can forget that we're part of a bigger story, a greater plan.

And here's the thing: we only get one you. There never has been and never will be, another you in this world...That's why I feel so passionately about you being who you are and embracing it. We don't need a copy of someone else-- we need the one and only, original you."

I am certainly "a piece of work"...a piece of God's work. And thank GOD He's not done with me yet...

"He who began a good work in you WILL be faithful to complete it."

I am a work in progress...not a finished product and that is a good thing. That gives me hope. That makes me smile. That is a reminder that failures are o.k., they're part of the road to improvement.

So, in the meantime, please excuse the mess...this girl is under construction and construction is messy...but, it's a means to an end so I'm pressing on....