The Crazy Days of Parenthood... 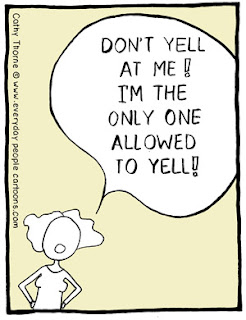 I would not be the least bit surprised if someone contacted me today and said that they have secretly been following me around with a camera to get footage for the reality television series The Supernanny and that they had actually paid my children with a pound of lollipops and 20 packets of kool-aid (to be ingested at their whims) to be as rambuncious as possible while they discreetly followed us around.

O.k. Supernanny crew...you can stop now...this momma has had enough (though I'd happily take some help if you'd like to stop by)! 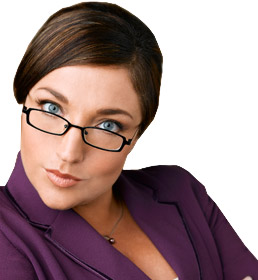 I have been the mother I always cringe to think about being today...the one that snaps at her kids and says snarky things that I know will be repeated in therapy in 20 years...I've said things to my children that remind me of things I still remember my mother saying to me when she was probably ready to pull her every last hair out...things like..."Do I look like your slave?!!!" (as if they even know what that means after they've asked for pretzles and juice 17 times!)...

"Momma, you're just going to leave us here."

"Yup! I need a very, very long time out"

(this, after a 40 minute car ride in which both girls fought about the sun, who was allowed to sing, who was allowed to read which book, what the proper pronunciation of lyrics in the song B-I-N-G-O were, what the proper volume of singing should be (most of these directives coming from Ava towards Ella) and so on...oh yeah, and then Ella vomited her ENTIRE breakfast all over herself and her car seat, leaving me to clean entire pieces of regurgitated french toast out of her car seat with baby wipes in the parking lot of a Dunn Tire.) 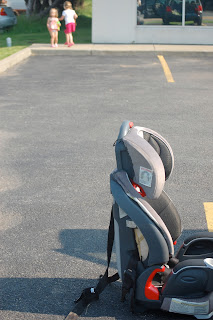 (this is us in the parking lot of Dunn Tire where I had to get everyone out of the car and do the most disgusting clean up in my mothering career to date. Ella was completely fine after she threw up...I think she either got car sick, or had so much post nasal drip from her allergies that she just had an upset stomach. She hasn't missed a beat since.)

And then there was the moment this afternoon...after attending a very large going away party at which Ava was certainly the only 4 year old who wanted to be carried around while Ella, sans pants (they were full of vomit in our car) ran around like a wild monkey playing with every toy in the house as if nothing ever happened, and after stopping at Pizza Hut for lunch, and after going to Aldi for a few groceries (my mother had offered to come with us, but still could not keep the girls from knocking things off shelves, climbing the carts or shrieking in the store), we finally got home and I put a movie in and thought I was home free...

...until they saw me pull the Blueberry Kefir out of the shopping bag and insisted on having some. I poured two small glasses at the counter where they were sitting at barstools waiting to drink it-- I ran into the mudroom to put some groceries away and when I returned .7 seconds later...low and behold, blueberry kefir ALL over my counter, cupboards and floor... 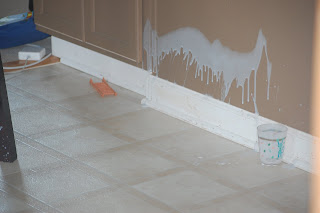 "Yes. Yes it IS gross and YOU two made the mess," I say as I hand them paper towels, "Which is why you two are going to CLEAN IT UP."

the girls spread kefir around the floor a bit...then I step in...

"YOU TWO ARE DRIVING ME CRAZY. YOU'VE BEEN FIGHTING ALL MORNING...YOU ARGUE IN THE CAR, YOU WERE ACTING LIKE WILD ANIMALS AT THE GROCERY STORE, YOU CAN'T SIT STILL, YOU WHINE EVERY 32 SECONDS!!!! MOMMY NEEDS A BIG, FAT, BREAK!!!!

"Mommy, you need a big fat break?!" Ella asks...(I didn't think anyone was listening!!)
"YES!"
"Like this..." she says, as she proceeds to take two very deep breaths and then blow them out.
"Yes, like that honey. Some deep breaths would probably help."

While I was cleaning the kefir up I found a pile of ants crawling on a piece of cheese someone had dropped earlier in the day...and the moments listed here, they are only the tip of the proverbial iceberg...happening in-between other arguments, and falls downstairs, toys littered by their hands around the house faster than I can ask them to clean them up, constant requests and disobedient children who run away from me when I'm trying to change their diapers, or hide in their closets before naps....

What's a momma to do...except get her i-phone out and make her 2 year old repeat her rendition of her mother saying she needs a BIG.FAT. BREAK!

Man oh man...some days I feel like I've finally gotten it all together. That I can handle this crazy little thing called motherhood...and then life throws in a day like today.

My friend Sarah (who knew I would be blogging about all of this!) thinks I should stop blogging because maybe God's really pouring on the experiences so that I have ample writing material!

I'm thinking...maybe she's right...but then I'm thinking that life, in general, has always been a little clumsy, and crazy, and misplaced for me...you add two kids into the mix and well, I guess it just gets clumsier, crazier and more misplaced...

So, as usual, off to nap. The "computer" (my brain) needs to be reset, and the batteries re-charged.

If the real Supernanny could please step up and stop by, I wouldn't mind an extra set of hands for a couple of days and someone to make all of those creative discipline and rewards charts that I always think look so great and I'm sure would change my life, but never seem to have the time to get around to making myself.