Lost Ice Cube Trays and Other Musings from the Mommy Trenches 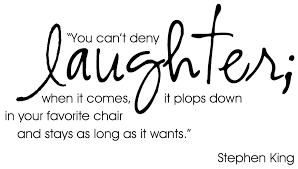 I loved those ice cube trays.

I know. I know. Most people lose their marbles. I lose my ice cube trays.

Or maybe the loss of my marbles preceded the ice cube trays...

I have no idea where they could have gone! It's kind of how everything feels around here lately. One big, shifting house full of lots of stuff blown by the daily winds of young family life to unexpected places.

My hunch is that I took them out of the freezer to make ice cubes...like a week ago...put them in a basket somewhere while I was saving Aubrey from jumping off of a counter (or some other similar shenanigan), got distracted by the girls coming home from school and all that that entailed, completely forgot about the trays, which were buried beneath old clothes, or jackets that got relegated to the basement during the switch of seasons, and several days later when I realized I wanted an ice cube again...well, they were gone!

That's about how things proceed in these parts.

Alright, so to make things even funnier. I've lost my ice cube trays AND found poop on my window seat this afternoon....

(I'm feeling a little punchy today. Sorry, you should stop reading this post if it is too much ridiculousness for you...)

At least I can explain that one (the ice cube trays are a total mystery!)...

I walked outside for 90 seconds earlier today while Aubrey was sitting nicely on Scott's lap finishing her lunch. All pretty, with a pink and purple bow in her hair. Beautiful. Sweet. Cherubic. Our cute little girl sitting nicely on Dad's lap. It was picturesque, really.

I walked out the door to grab my computer bag from the car thinking how adorable she was. When I walked back in, seconds later, Scott was carrying Aubrey who had undiapered herself, under his arms to the bathroom.

Aubrey is every bit of two that people who talk about two-year olds talk about. Desiring to be independent. Exhibiting her will. Undiapering herself on whims...just because she knows how to.

So when I hear a screamed "NO!!!" from someone else in the house, or a frustrated holler for "MOOOOMMMM!!!" from one of the girls, or a disgruntled, "Lis..." meaning "I have to get back to work and wasn't anticipating a poop show before I went..."

...I never  really know what I'm getting myself into.

I won't go into detail because writing about poop is one thing, but going into detail about it is another thing that not even I can bear to put typed words too...

But Scott NEEDED to carry her to the bathroom and implored me to look at the window seat.

I rolled my eyes.

I got paper towels.

Fortunately, it was just one small piece...The rest was well, with her.

And that is pretty much how life is going over here these days. One never knows what to expect at any given moment. It feels a little bit like a poop show sometimes, for lack of a better description (;

I must confess, I had lost my parenting sense of humor for a while. It used to be, years ago, when I started recording my adventures in motherhood on this blog, that in the midst of the chaos I had the ability to laugh at it all. Myself. The kids. The craziness.

I'd write posts about taking the kids to the bathroom in the grocery store, Ella stomping on frogs, and me losing my mind at a playground...

Just because...laughing about it all helped me to see it for what it really was. 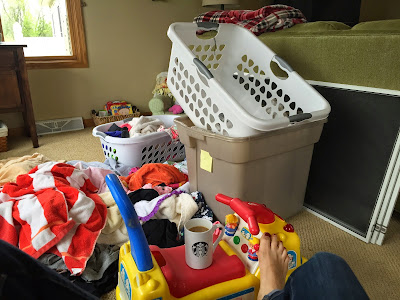 But, this afternoon, while I should be folding laundry...I grabbed my computer and decided to sit in a chair, with my feet propped up on a plastic school bus, with a cup of coffee at my side. The laundry is staring me in the face, as are the screens that were intended to be placed into the windows days ago, and I'm doing what I used to do during nap time...oh, sweet, quiet nap time. I'm writing a ridiculous post about poop and lost ice cube trays because someday I want to look back at all of this and howl with laughter.

I want to laugh right now too.

Things have gotten too serious around here. Scott and I were talking about that this morning. About how it feels like all we do is clean up, and harp on the girls to clean up, and bark about unmade beds, and unhung coats, and the clothes everyone throws in the middle of their floors instead of properly putting away...ahem.

So today we will laugh. About lost ice cube trays. And poop on the window seat. And how on many days of raising young children the only thing you can expect is the unexpected.

I am liberating myself from the laundry for these few minutes and enjoying every bit of it.

Because life is too short to fold laundry every day. And what good is a lost ice cube tray and a good poop story if you can't laugh about it?

If you can't let others laugh with you.

I hope you had a good chuckle at our expense. I hope that you are finding things to laugh about in the middle of your chaos. And, I hope that you can let the laundry stare you in the face for a few minutes some afternoon, or late evening and say, "Not right now you ever present pile! I have funny stories to jot down!" or at least a cup of coffee to drink.

And I hope you re-discover some laughter in the middle of it all.