Lost Keys, Bathroom Escapades and an Unforgettable Trip to the Library 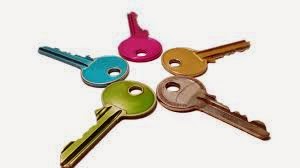 My brother in law is a police officer and on any given day, if you can catch him for five or ten minutes, boy oh boy does he have some stories to tell.

I am a mom and on any given day, if you catch me for five minutes without kids, I might have a story to tell too, but we'll get to that later.

There is one story my brother in law told me a while back that has stuck with me. It was about a couple of young kids that they picked up in a local park-- we're talking little kids, like a 5 and an 8 year old ( I don't remember the exact details, but they were little).  The kids were climbing on some rocks close to a smallish, but still dangerous waterfall in this particular park. When the police officers finally showed up the kids explained to the officers that their mother had left them there while she 'just ran over to the airport' to pick someone up.

Say what?!!! These stories always prompt my eyes to widen and my jaw to drop. Though, I will confess, they also have the effect of making me feel like not such a bad mother after all.

I clearly recall thinking, upon hearing the conclusion of the story,  "Well, as much of a mess of a mom as I often feel I would never do that!"

(Please know I do think the whole thing is actually quite sad! I'm really glad those kids were ok and I thank God for police officers who come to the rescue in situations like that.)

Except that, every so often I have a moment, like...ahem...yesterday, that has me just waiting for the police to show up, reprimand my ridiculousness and save my poor kids from their crazy, too often disorganized mother.

Yesterday was the first full day of summer vacation for Ava, which meant that I had all three girls home. I was feeling quite under the weather (it's been a somewhat hectic and stressful month for some personal and logistical reasons, which apparently left me prone to a bit of a summer bug) and I had a DVD that was due back to the library...7 days ago! (This particular DVD somehow dodged my library DVD clean out 8 days ago when I did return what I thought was ALL of the DVD's we had out of the library...just sayin').

I packed all three girls up in the car and headed to the library, knowing that with Aubrey now fully mobile that the entire experience promised to be...interesting.

As soon as we pulled into the parking lot at the library Ava reported that she had to pee. (Seriously? Hadn't we just left the house where peeing could much more conveniently be done in our own bathroom where I didn't have to wrestle a baby to keep her from touching the toilet or putting her hand on the floor).

"Well, then you can take Ella with you. I'll help you get in, but I'm not taking the baby in there!"

As soon as we get into the library we march over to put our DVD and several books into the book drop and grab the bathroom key which is connected to a large piece of wood with a sign that says "Women". The girls know right where this key contraption is because every time we go to the library someone must pee...I've decided that it must be like dogs and fire hydrants, this library bathroom need to pee thing...it happens EVERY time.

While the girls are in the bathroom Aubrey and I hung out in the hallway, where there is much more, less yucky, room for her to walk freely (I had left the stroller at home because this was supposed to be a "quick" trip and she is not a big stroller fan these days!) until I hear the girls struggling to open the bathroom door and go over to let them out.

After returning the large key I tell the girls they have about 10 minutes to each pick out 1 DVD and 2 books. During that time I keep Aubrey from pulling books off of shelves and eventually steer her towards the play area, where we happen to meet a little boy about her age with a very snotty nose. I spend the rest of the time trying to keep her away from the toys that they kid with the snotty nose is playing with except she, of course, only wants to play with what he is playing with.

About this time Ella comes to find me to tell me she has to go to the bathroom.

I am not making this up. I swear. My life often feels like a reality television show that isn't being filmed, but is FULL of hilarious reality.

"Now? Right now?" I ask, just to make sure I heard her correctly. There is no way she just told me she needed to go to the bathroom.

"Ok," I sigh and as sweetly as possible say,  "Honey, you know where the key is."

She and Ava go to the bathroom again, and then I tell them it is time to check out.

Which should be easy, except that my card is blocked because of the DVD which amusingly decided to hide itself in my television cabinet and now I have over $10 in fees on my card.

While I'm trying to pay fines with my credit card in the middle of the library I start to hear Aubrey cry...they are still in the children's section where Ava is watching her.

"Aubrey is mad because I pulled her off the bookshelf!"

As I go to pick up Aubrey I realize not only is she mad and crying...she stinks like poop. Stinky, stinky poop!

And my wipes are in the car.

"Ok honey. Can you and Ella come and stand by me while I finish this up. I'll change her in the car."

We finally finish checking out our books and I walk the kids out to the car with a very jumbled and throbbing brain.

I decide it would be easiest to just change Aubrey at home, so I strap her into her car seat stinky and all, make sure everyone else is buckled and hop into the drivers seat and rummage through my bag for the keys.

The keys. The keys. Shoot, where are the keys?!

"Girls, does anyone see the keys?!"

Oh gosh. Do I take everyone back into the library or just run back in, lightening speed, by myself?

I make a decision that immediately brings my brother in laws mom in the park story back to mind...

I tell the girls I'm running in super duper quickly and I'll be right back!

I literally sprint back into the library, ask the folks at the desk for my keys and receive scrupulous stares from several people whom I know just saw me, disheveled with three children...one squirmy, screamy, and stinky! The lady with the snotty nosed little boy gives me the most sympathetic look of the bunch.

They do not have my keys.

I do a quick run through the library, check the shelves we were near, look on the floor near the toys and near the bathroom and then sprint back out the car, without keys,  because I feel so guilty for leaving my kids there. I swear I was gone for three minutes tops!

I hop back into the driver seat and see Ava sobbing.

She is my very sensitive girl. She was afraid that I would get hurt in the three minutes I was gone and not come back.

My heart was crushed. My brain was tired. I had no keys and the baby stunk.

What's a momma to do?

After consoling Ava, and listening to Ella telling me how she was trying to tell Ava that there was nothing to worry about (Ella is my tough cookie!), I take a deep breath, text Scott that I have no keys and say a quick prayer.

That very instant a thought came to my mind that I may have set the keys in the cup holder in the backseat car door while I was trying to strap Aubrey in as she arched her back and balked and being buckled in.

And there are my keys.

I simply hold them up in the air.

Ava gives me a look that says, "Mom are YOU serious right now? Don't EVER do that to me again."

Aubrey starts to laugh at me as I laugh at Ella who is laughing at me.

The whole thing was quite...entertaining.

And so the summer begins in all of it's craziness and hopefully some fun.

If you're ever having one of those days where you're thinking "Wow, this life with kids thing is really crazy and I really don't feel like I have my act together..."

You can think of my day at the library and either be reassured that you're not the only one or encouraged when you think, "Well, my life isn't that crazy."