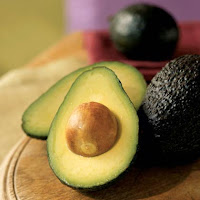 Alright, so here is a little breakdown of what has been going on with the diet.

First of all, it works!

It probably should not come as a surprise that when, for the first time in my LIFE, I stick to a plan to cut calories that it would result in some sort of weight loss. In the defense of my love for food I have allowed myself to live in denial for a very long time that I was eating poorly, which translated into, "Lisa, you eat very healthy foods, your weight shouldn't be a problem. Just try to exercise a little more and it will go away."

Yes, I did eat healthy foods and LOTS of them, along with other things, that while not "unhealthy" in and of themselves (the pasta, cheese, mayo, salad dressings, bread, etc.) they were adding up over the course of the day and allowing me to maintain the weight that I was at instead of ever losing a pound no matter how much running, walking, jumping, skipping or standing on my head I may have tried to do. I also snacked A LOT, especially late at night.

So, in the two and half weeks that I have been on the diet I've lost about 7lbs. which is quite significant for me!

I'm excited that I have found a system that is manageable for me, that WORKS and which allows me to eat food that I think is really tasty. In a nutshell it allows for about 1,600 calories a day, or roughly three "meals", all of which must include a MUFA (monounsaturated fatty acid such as oil, nuts, avacado, seeds, olives or dark chocolate (yes, chocolate is part of this plan!).  The MUFA's allow you to feel full longer and are really good for your body so it is a win/win situation.

I have a learned a TON about myself and my eating habits in the last couple of weeks. I have learned how little 1,600 calories can be, which means I've realized I was probably eating upward of 2,500 calories on many days before!

I've learned it's o.k. to be hungry for a little while, I'm not going to turn to dust!

I've learned that you don't need all the extras all the time; the mayo, the butter, the extra cheese and bread, etc.

I've learned that my eating in the evenings was a very emotional process; I was tired and overwhelmed from a long day of taking care of the girls and I was "rewarding" or comforting myself with food. Lately, if I'm STARVING at night and I've reached my calorie total for the day I'll allow myself a rice cake with 1/2 a wedge of laughing cow cheese- a 55 calorie snack-- with a big glass of water. It takes the edge of and I make it through the night. 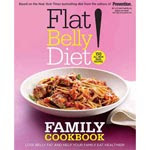 If any of you are looking for a diet plan I would highly recommend this; I suppose you have to like the foods that are on it. My mother in law, for example was laughing at me because she despises avacado and all things olive, so it might not be the best option for her! (I've been eating a LOT of avacado's, olives and olive tapenades!). They sell the books at Target, next time you are there check them out...I really like the Family Cookbook (see image) for recipes.

It caught my attention because there is a picture of a pasta dish on the front and a recipe for mac & cheese inside! And, yes, I can have those things, but in MUCH smaller portions than I've ever eaten them before.
Posted by Lisa at 3:55 PM